Do Your ACTIONS Align With Your RESULTS????

If someone were to follow you around for 24 hours and only having your actions, not your words, to consider, would they be able to guess what your goals are?

This was a question asked by Kyle Snyder, an athlete at The Ohio Regional Training Center, where Ohio State 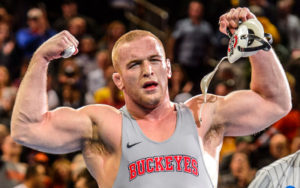 Varsity wrestlers train almost year round.  Shortly after posing that question to other wrestlers and coaches at Ohio State, Kyle, as a 20-year-old junior in college went on to become the youngest American wrestler to win an Olympic Gold Medal.

For Kyle the answer to his question was simple.  People could clearly tell what his goals were by his actions day in and day out.

For the majority of us, the answer may not be so definite.

Anyone with even a hint of ambition has goals.

This is nothing extraordinary.

Being able to tell someone what it is that you want for yourself is a huge part of the battle of improvement.

However valiant it is to be able to vocalize these big plans, they will amount to absolutely nothing without ACTION.

There is a quote by Les Brown that says

These people that Les Brown talks about simply did not take action.

They may have had the best idea in the world, one that would’ve made them millions of dollars or saved countless lives, but they did not act.

What I’m getting at here is that everyone has at some point had a great idea, but the ones that are the most successful in this world are the ones who act.

The ones who would rather ask for forgiveness than permission.

I’ll attribute the following quote to Coach Ryan but I’m sure he got it from someone else.

“Ideas are shit, action is everything.”

Those who act will ultimately come out on top.

Of course just random actions are not what we’re talking about here though.  Linking your actions to your goals and your words are the key.  Aligning what you do with what you say is an achievement that we assign to the most respected people.

To put things more simply, place your actions into one of the following two categories.

With health and fitness the decision is easy.  That doughnut is not contributing to me being beach ready come summer time.  Going to bed on time and hydrating properly are helping me become more healthy and happy.

The trick is applying this to your other goals in life.  Want that promotion? What are you doing to get there?  Maybe going to happy hour and being late and unproductive the next day are closer to the second category… 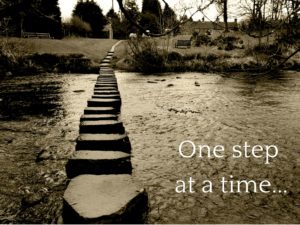 It is as simple as that.

Every single action helps you or hurts you.

There is no in between.

So take that first step.

Get up a little earlier.

Get an extra workout in.

Go to work early and impress your boss.

Create a little momentum and big things will happen.

Next time you have to decide to go somewhere, to wake up or sleep in, to eat loaded cheese fries or some grilled chicken and broccoli, ask yourself this question: “is this pushing me towards my goals?”

If you can answer with a definitive yes, go ahead.  If not, maybe redefine what your goals are.  Maybe my words do not line up with my actions.  If that’s the case, it’s ok, just stop telling people otherwise.

To make an impact on as many peoples lives through health and fitness as possible.

To continue to learn as much as I can to further my other goals.

I know for me that there will be slip ups, but I guarantee if you followed me around for a full day and observed my actions that you could recognize the above three things as my goals.

Put this somewhere you’ll see it multiple times a day so when you question whether or not to do something, this list will be right in your face.

Will this help me or hurt me?

The rest is up to you.

Not Sure How To Create A Strategy To Reach Your Goals???

Set Up A Free Strategy Session With A Coach Today.